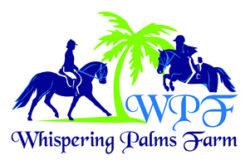 The original home of the Welsh pony is in the hills and valleys of Wales. His lot was not an easy one. Winters were severe. Vegetation was sparse. Shelter, most often was an isolated valley or a clump of bare trees. Yet the Welsh pony managed not only to survive but to flourish.

Led by proud stallions, bands of mares and their foals roamed in a semi-wild state, climbing mountains, leaping ravines, and running over rough terrain. This sort of existence insured perpetuation of the breed through only the most hardy of stock. Hence the development of a pony with remarkable soundness of body, a tremendous endurance, and a high degree of native intelligence.

The Welsh has maintained his own dominant physical traits over the years. It has been demonstrated that the Welsh crosses well with many other breeds and this is an important aspect of his unusual versatility. 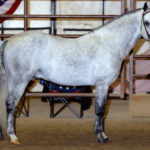 The original classification for the Welsh pony was the Section A The Welsh Mountain Pony. With a great need for children’s riding ponies, Section B The Welsh Pony was added. With Section A ponies as its foundation, the breed standard for the Section B is the same as for the Section A but ‘more particularly the Section B pony shall be described as a riding pony, with quality, riding action, adequate bone and substance, hardiness and constitution and with pony character.

The Section C Welsh pony is also known as The Welsh Pony of Cob Type. They may not exceed 13.2HH and are characterized as being strong, hardy and active with pony character and as much substance as possible. They have a bold eye, strong laid back shoulders, dense hooves with a moderate quantity of silky feathers, lengthy hind quarters and powerful hocks. A popular choice for Dressage, Combined Training and Combined Driving.

The Welsh pony loves people. He can be trusted. He is an ideal pony for a growing child and he has the spirit and endurance to challenge an adult. Because of his heritage, the Welsh pony is not bothered by the extreme variations of climate and terrain in the USA and Canada.

Welsh ponies have friendly personalities and even temperaments. They are extremely intelligent and constantly alert. They have spirit, but this spirit is combined with gentleness and respect for their master.

The quality of the Welsh speaks for itself, and has an unusually high capacity for transmitting his best qualities through selected crosses. Exceptionally good show type animals are often produced this way.

The Welsh pony is a quality animal of unusual versatility and wide use. He is the first choice of the family wanting a “child’s pony” that is friendly, responsive, and dependable.

A PET AND A FRIEND!!